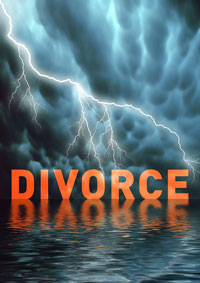 What is a no-fault divorce?
To obtain a divorce on this basis (irretrievably broken), one party must establish that he or she refuses to live with the other spouse and that there is no hope of reconciliation. It is not necessary for both parties to agree the marriage is irretrievably broken. Also, it is not necessary to show that there was any fault or wrongdoing by either party.

As an example, one fault ground is adultery. Adultery in Georgia includes heterosexual and homosexual relations between one spouse and another individual.

Another fault ground for divorce in Georgia is desertion. A divorce may be granted on the grounds that a person has deserted his or her spouse willfully for at least one year. Other fault grounds include mental or physical abuse, marriage between persons who are too closely related, mental incapacity at the time of marriage, impotency at the time of marriage, force or fraud in obtaining the marriage, pregnancy of the wife unknown to the husband at the time of the marriage, conviction and imprisonment for certain crimes, habitual intoxication or drug addiction and mental illness.